Skip to content
Every year a group of talented Villagers gather together to design and create a beautiful hand-crafted quilt. The quilt is new and different every year and is designed with a theme depicting an historical event or place. A raffle is held each year to award the quilt and to raise funds for historic preservation and scholarships. Raffle tickets for the quilt are available at the House Tour. Winners need not be present to win.

By the spring of 1887 it was apparent that Biscayne Bay could provide all the boats necessary for a yacht-race.  Ralph Munroe organized a regatta on Biscayne Bay with fifteen boats divided into three classes. After the race, all hands (about fifty in number) participated in a good dinner at the Peacock Inn, given by the promoters.  It was decided to celebrate Washington’s Birthday with an open regatta.  It was a success in every way. This began organized aquatic sports on the Biscayne Bay.  Washington’s Birthday Regatta became a fixture of the Biscayne Bay Yacht Club, until the displacement of sails by gasoline in general interest caused it to degenerate into a chowder-party.

This year The Villagers, to commemorate this event, present their striking quilt, Biscayne Bay Regatta. The blue-and-white quilt depicts sailboats racing on beautiful Biscayne Bay, much like they did over 100 years ago. 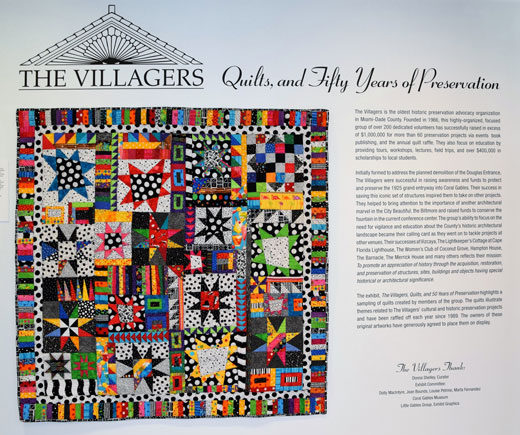 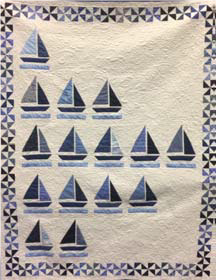 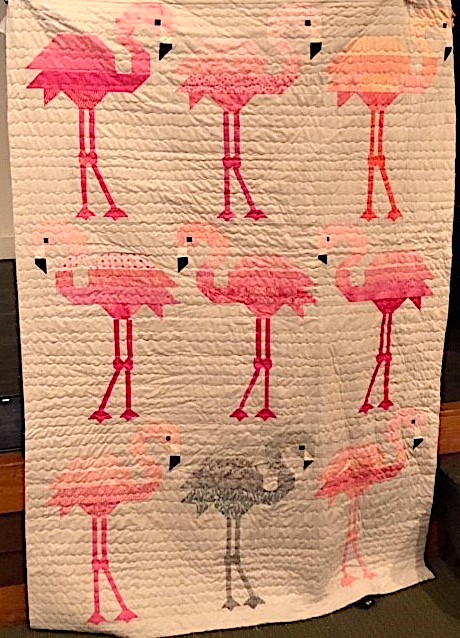 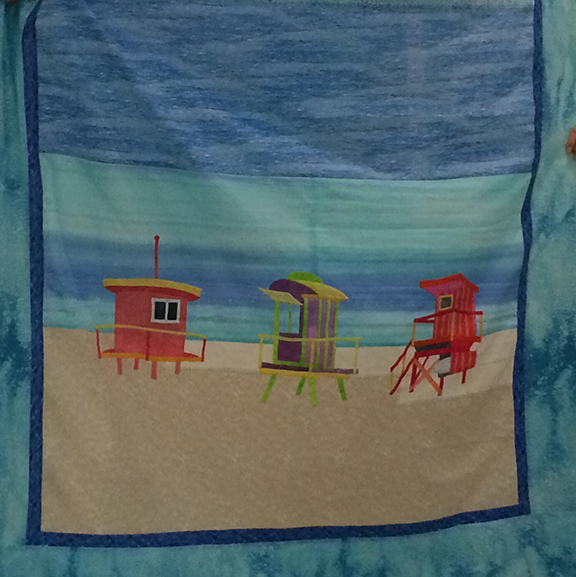 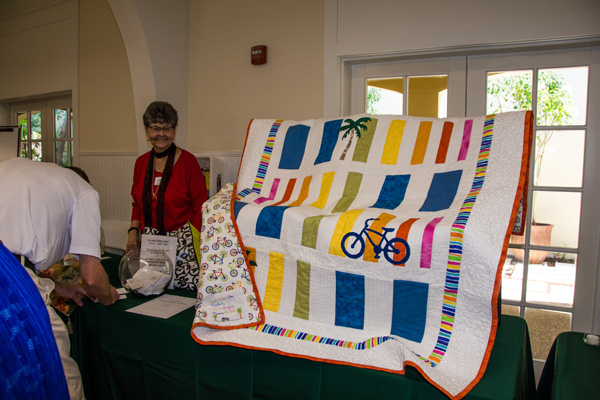 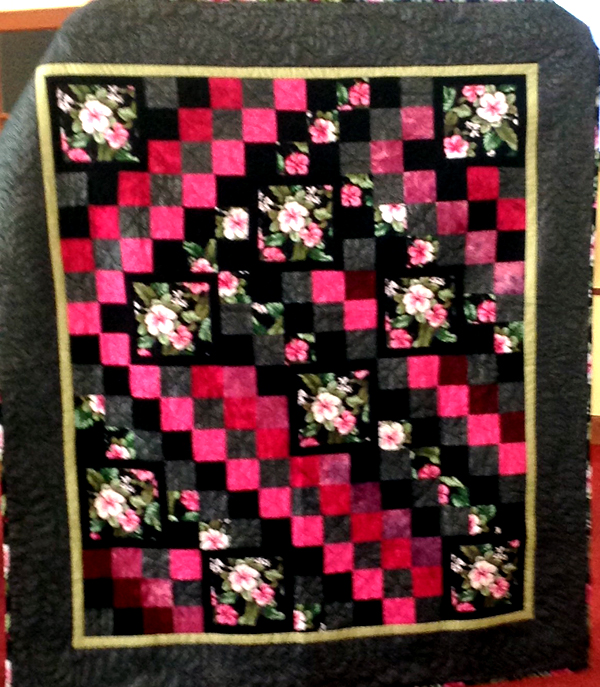 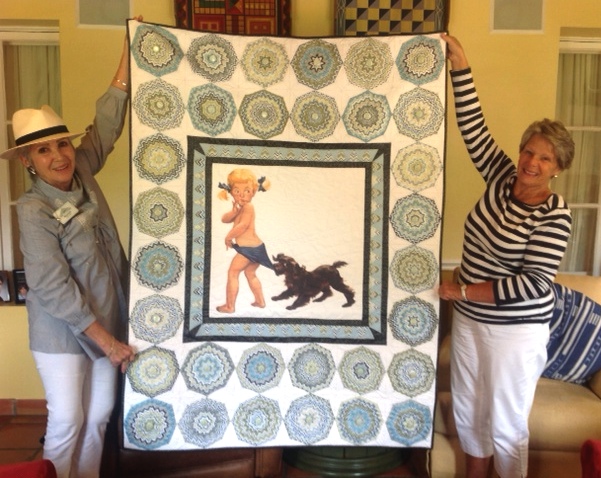 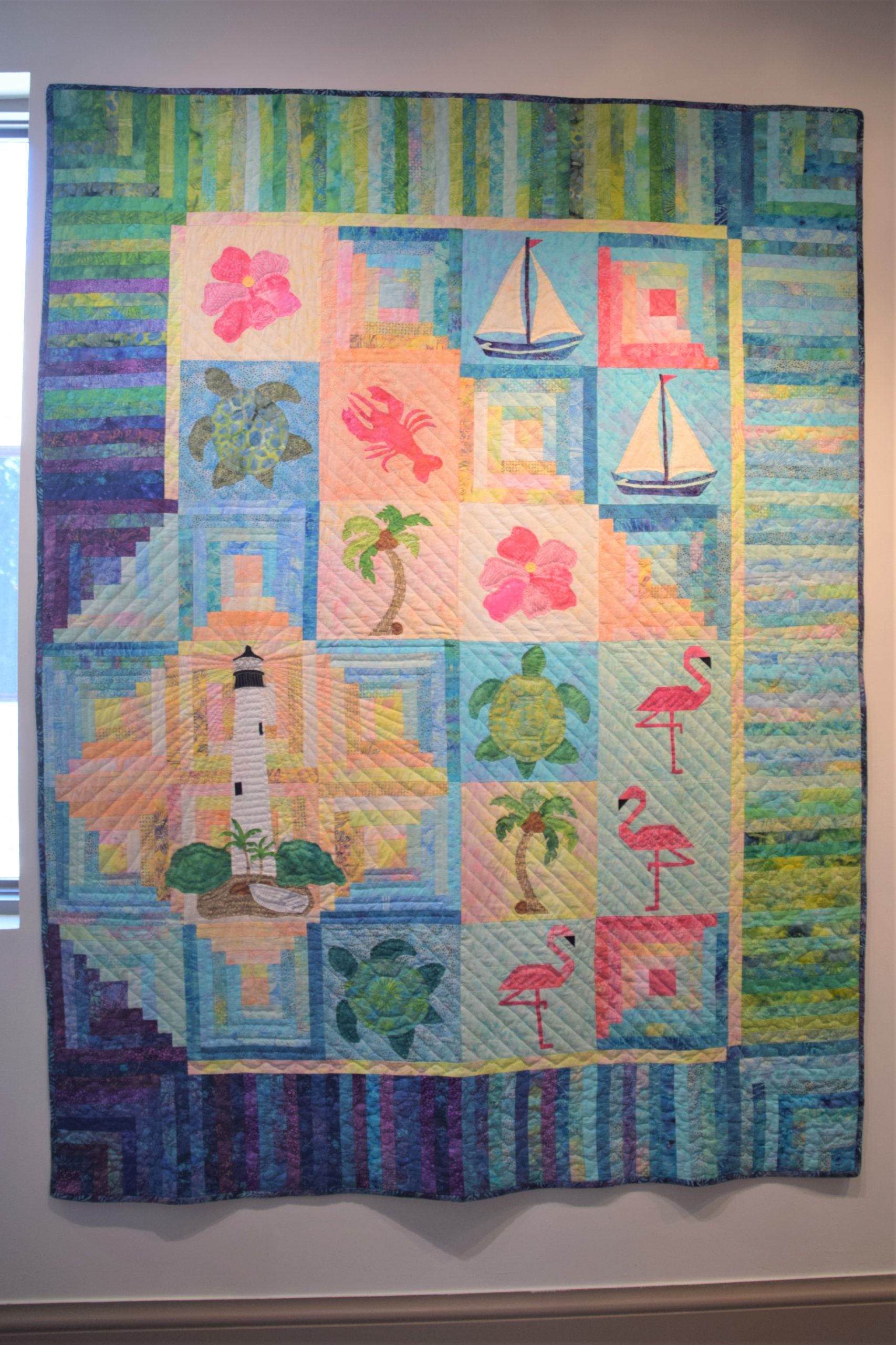 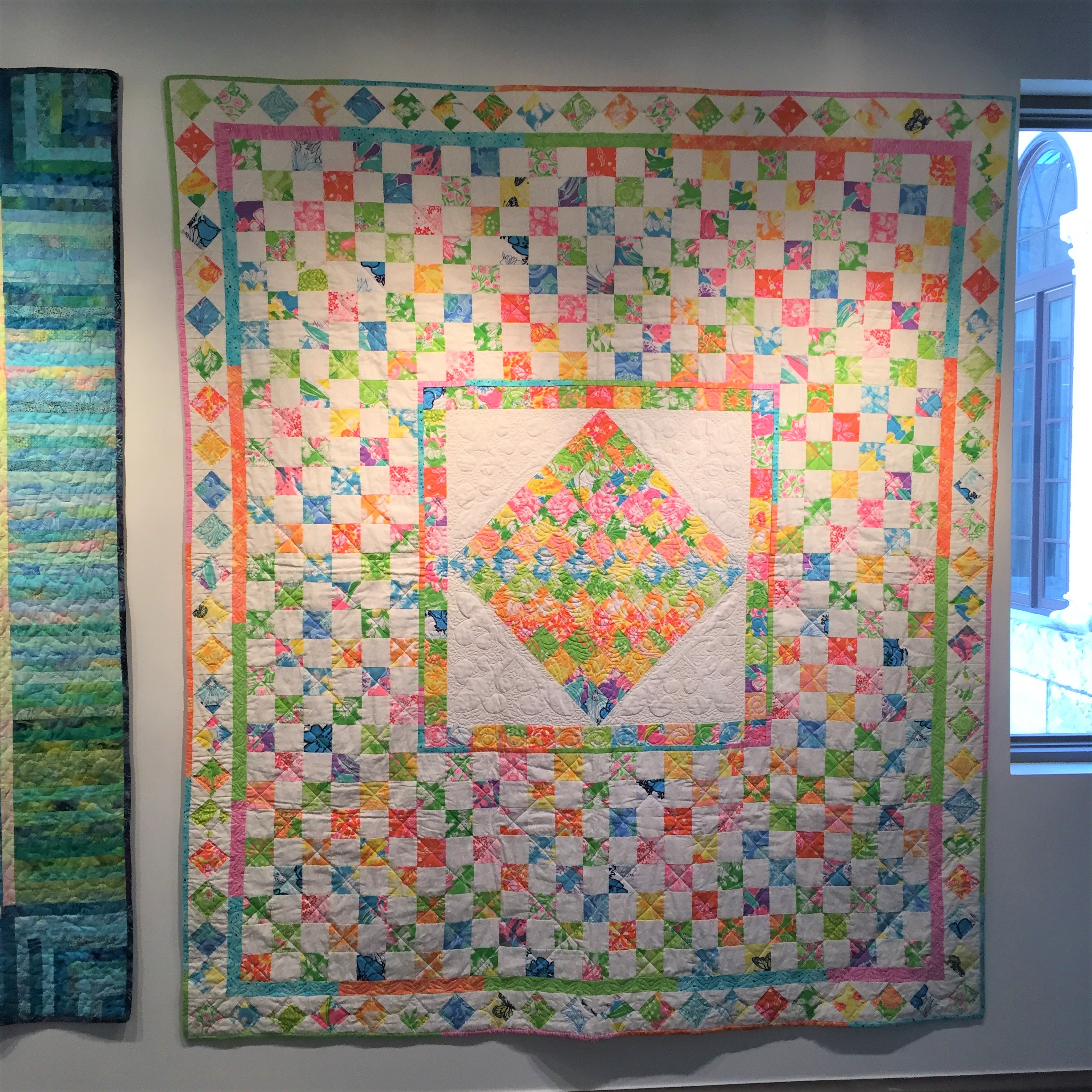 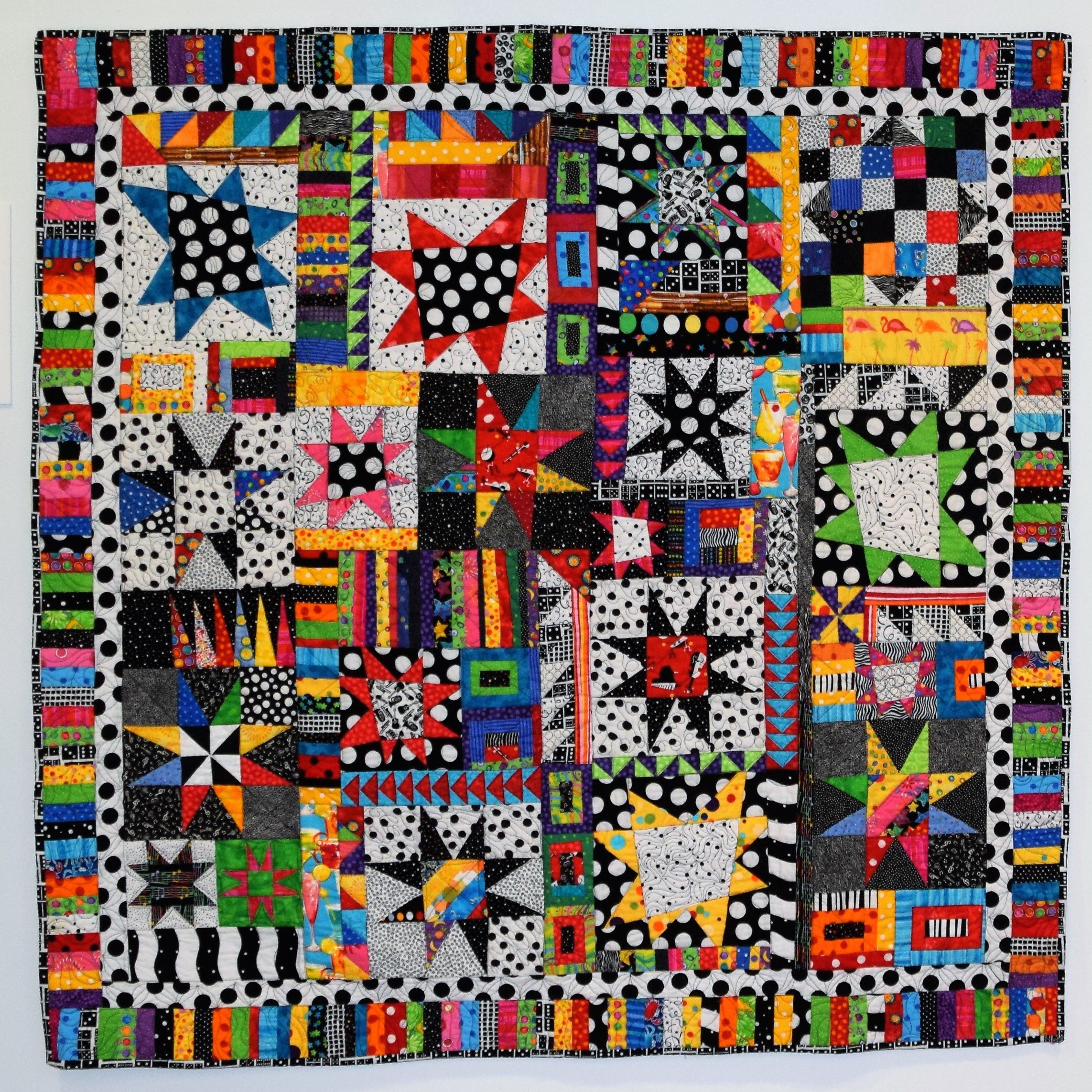 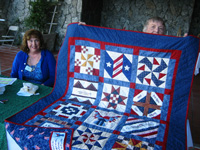 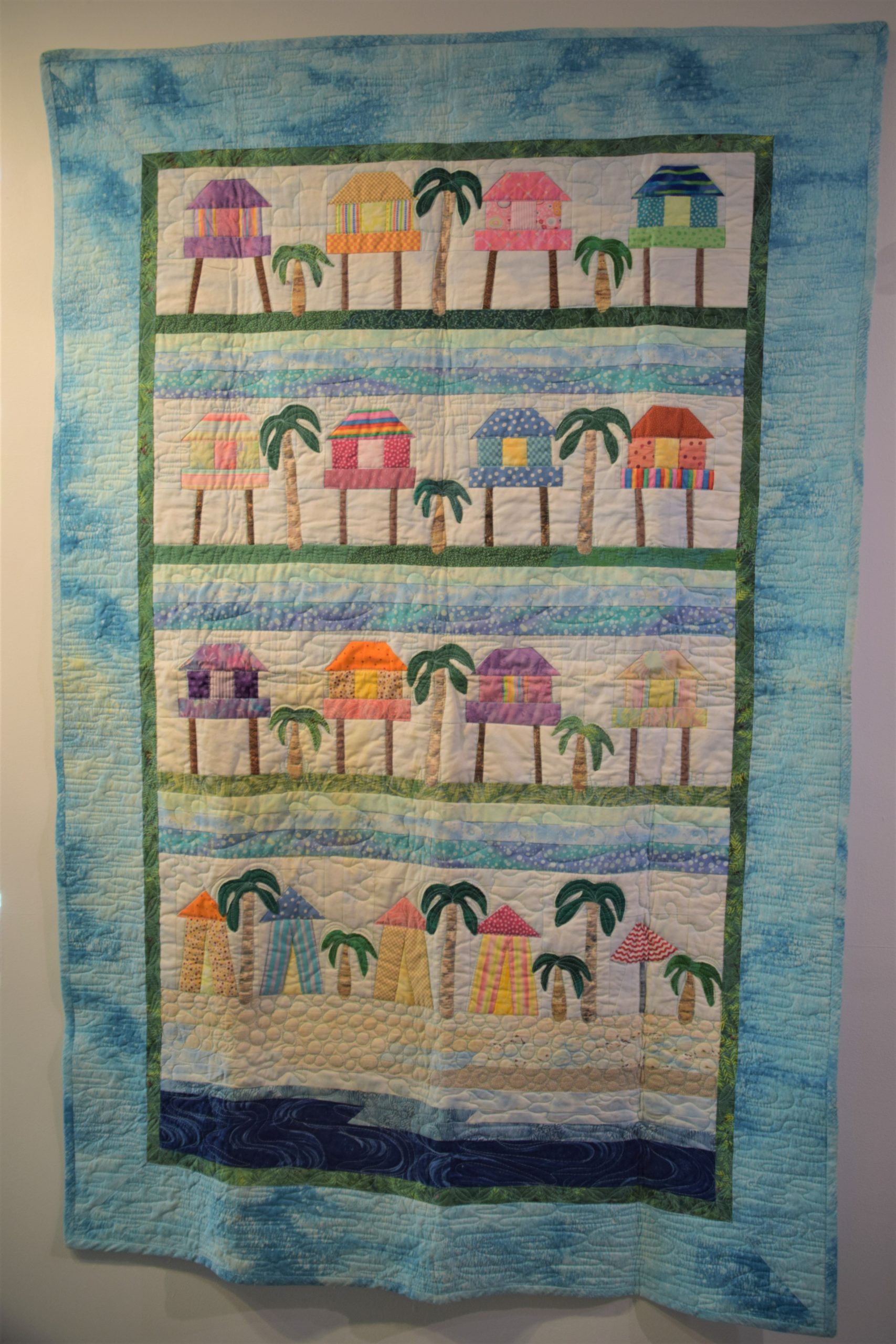 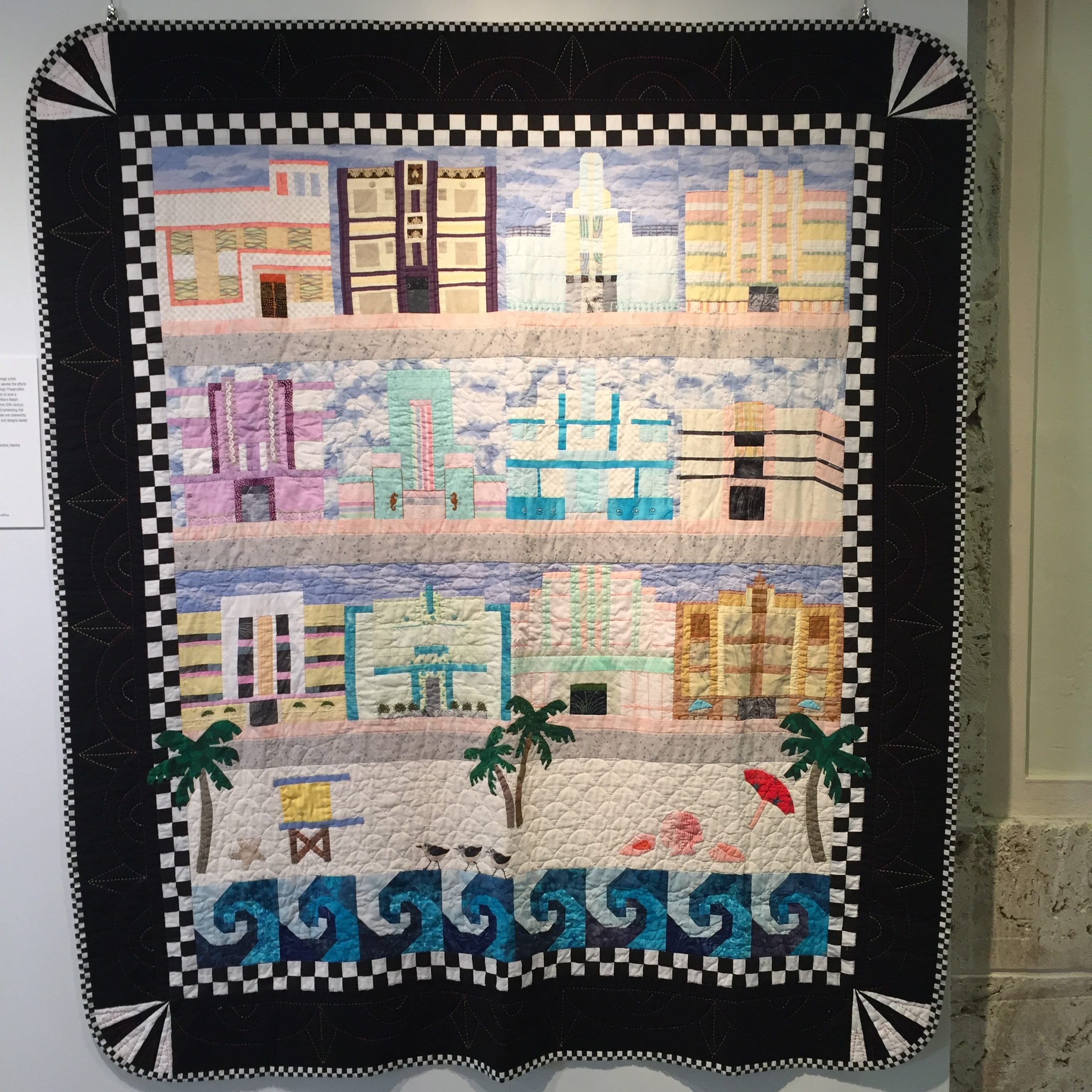 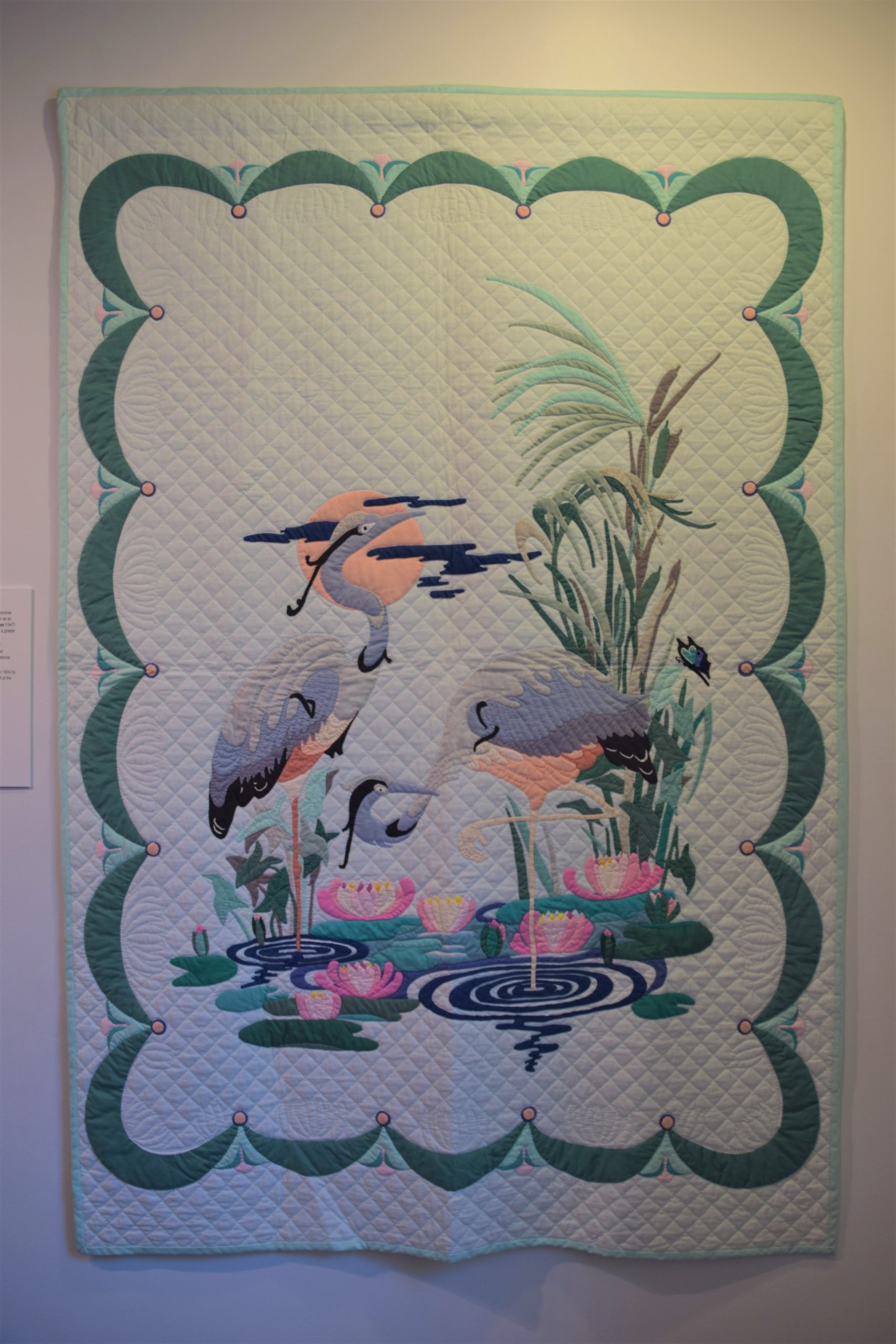 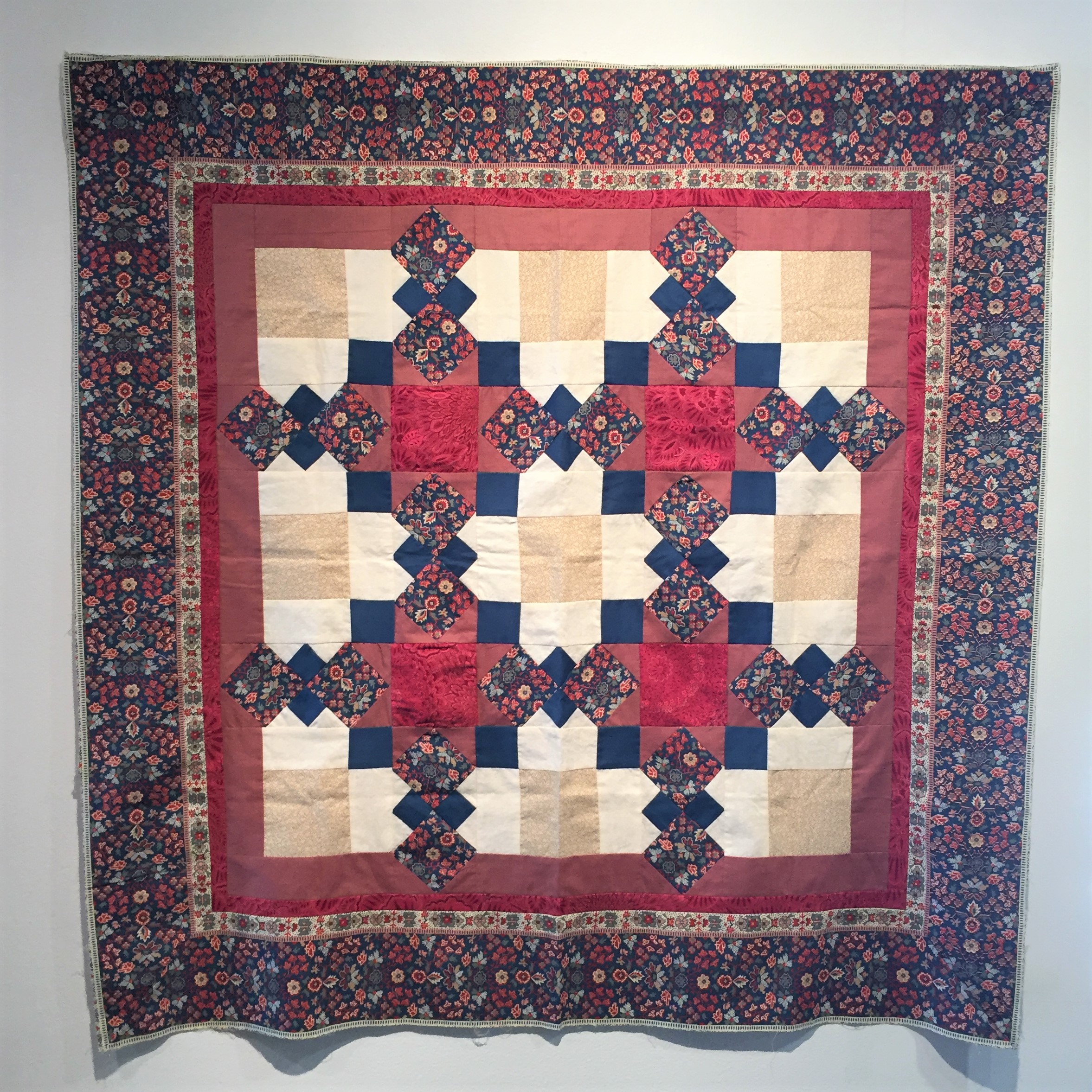 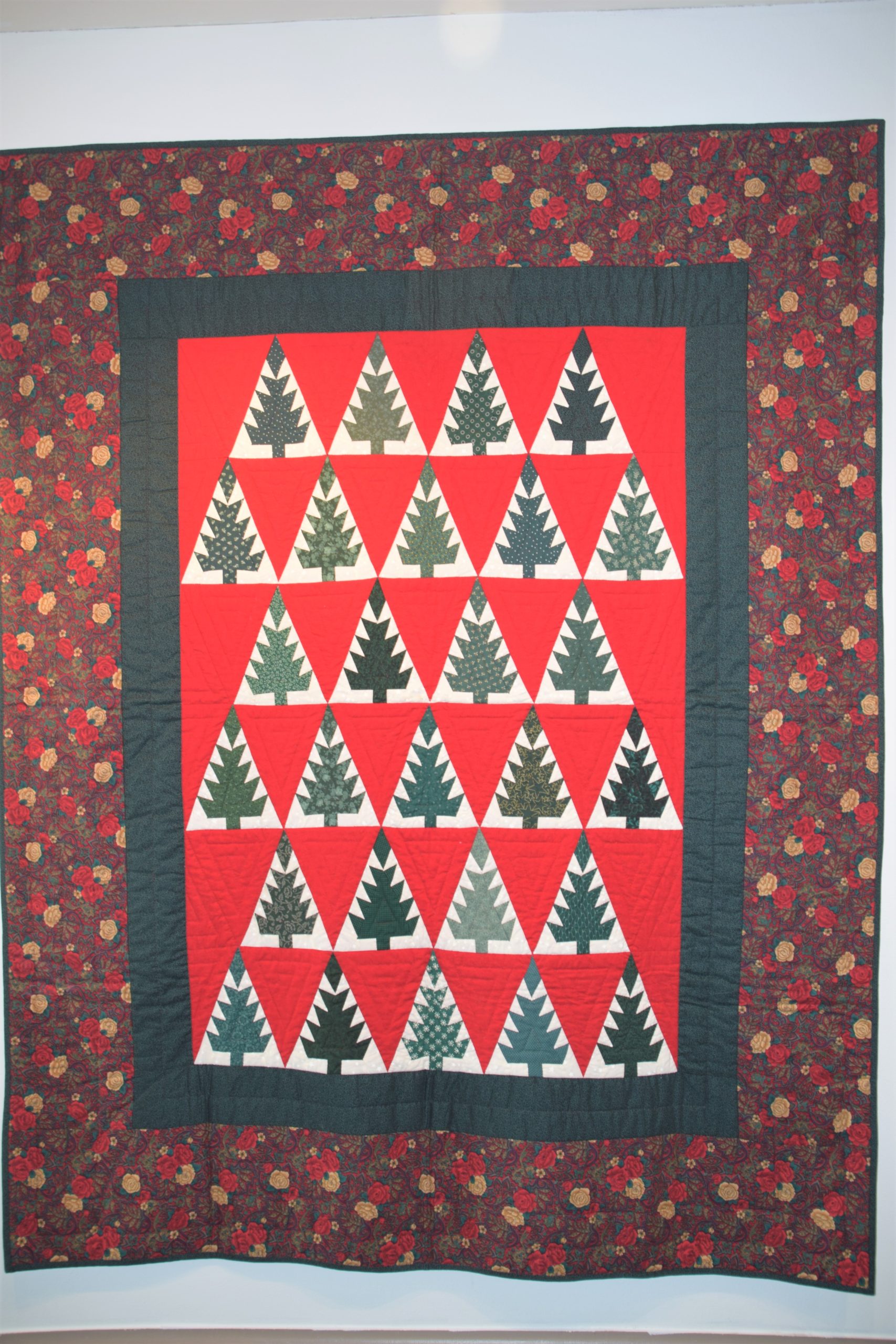 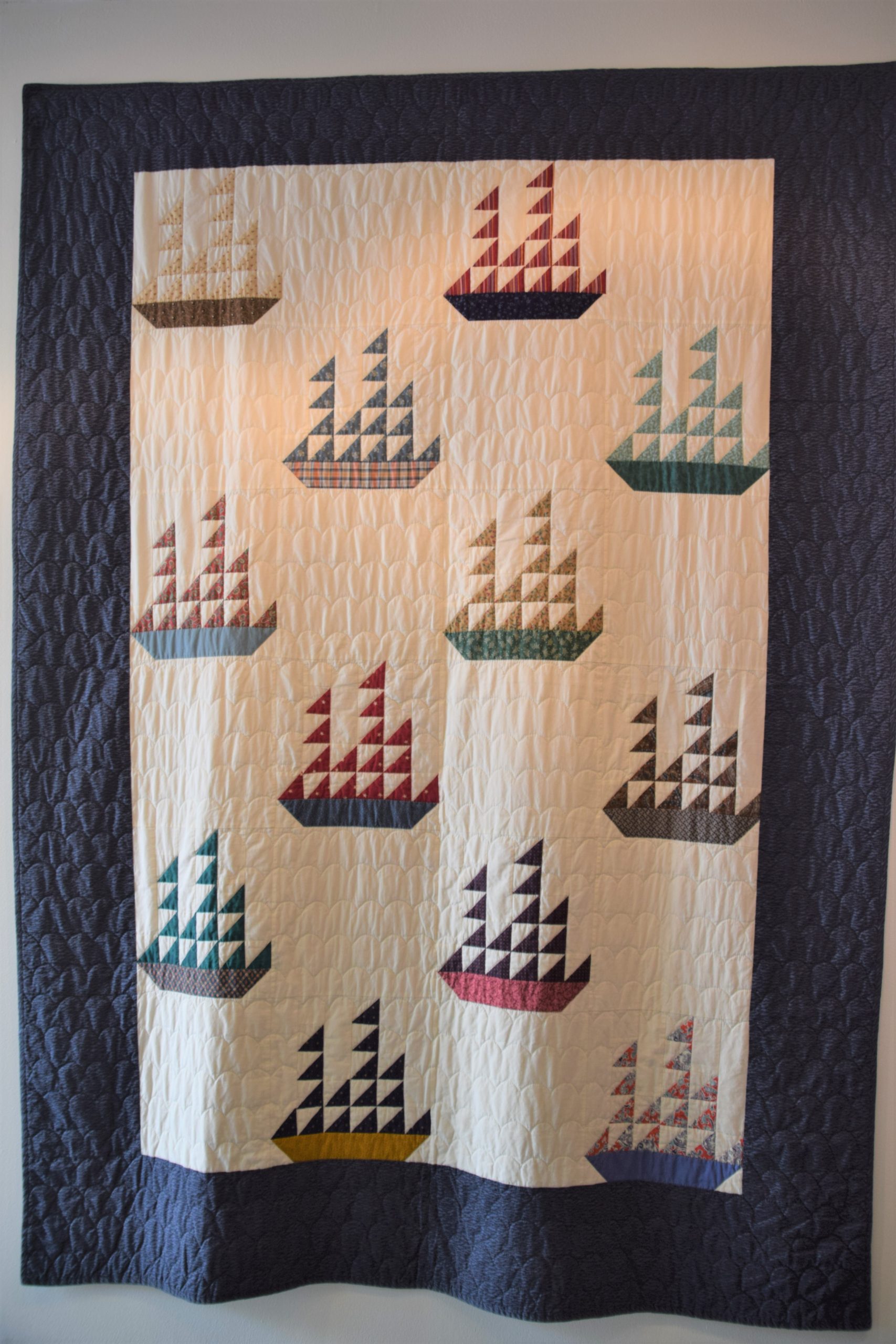 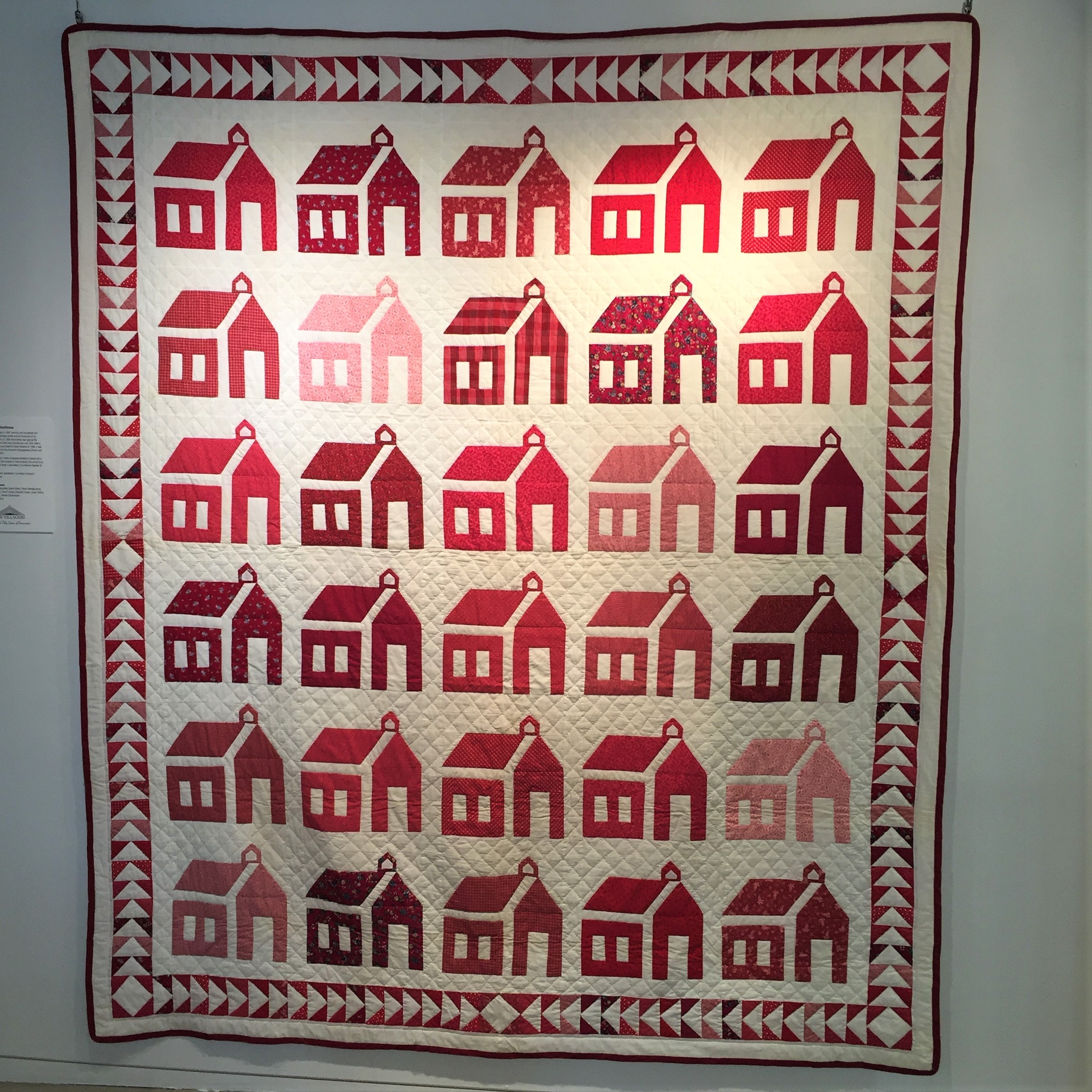 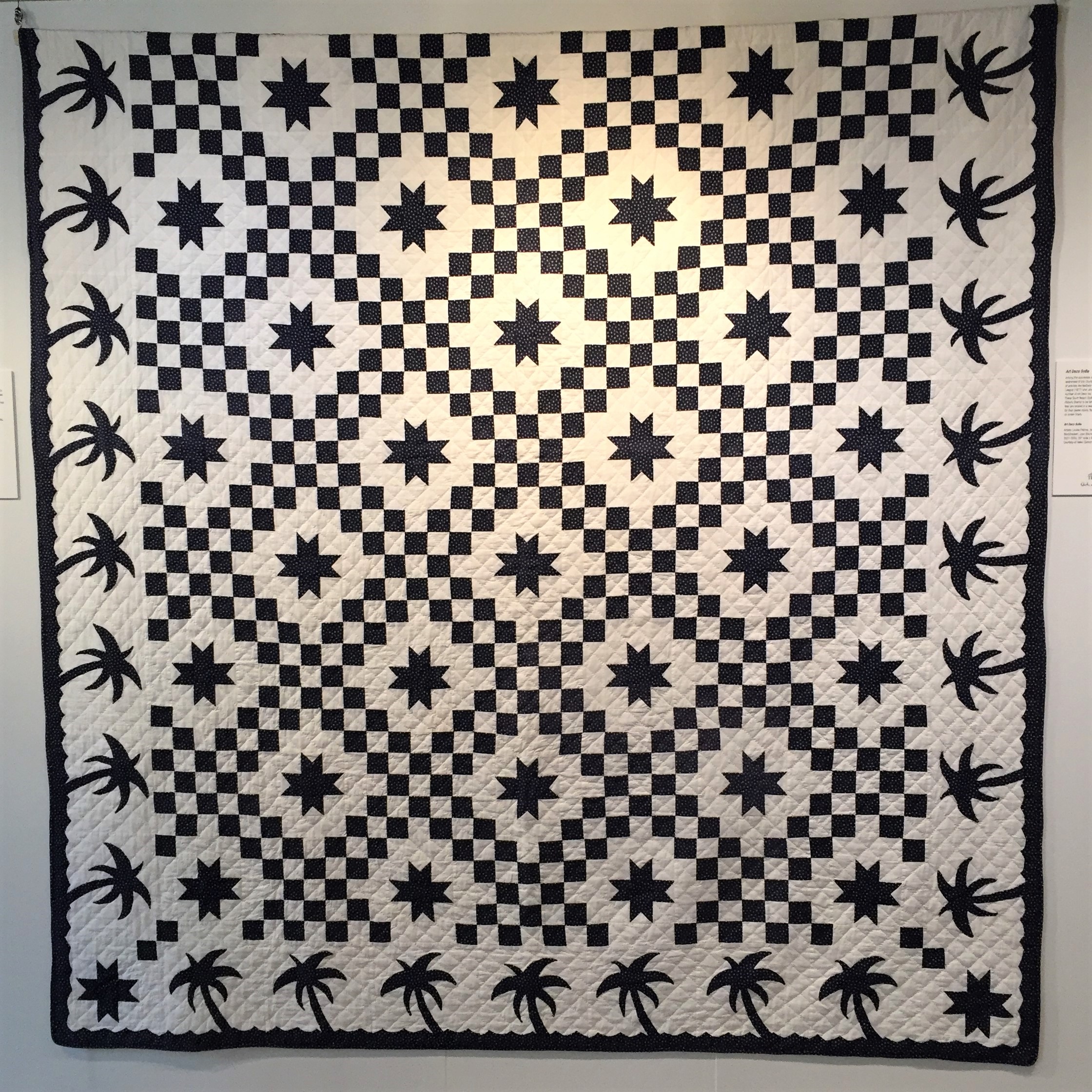